A series of collages based on sculptures from Parisian museums. Each work is assembled from two photos: one being shot in a museum and the other - in a studio. These works would never have been born without the efforts and patience of the models participated in the project. I bow low to all of them.

Can the combination of sculptures and their living “reflections” become more than just the sum of the two components?
How could models of ancient sculptors look like?
Does the contrast of a cold stone and a living body create a new sense of beauty?
Is a dialogue between people and statues possible?

Marble II
After "Sleeping Hermaphroditos". Roman copy of a Greek original of the 2nd century BC. Louvre, Paris
Model: Ivin 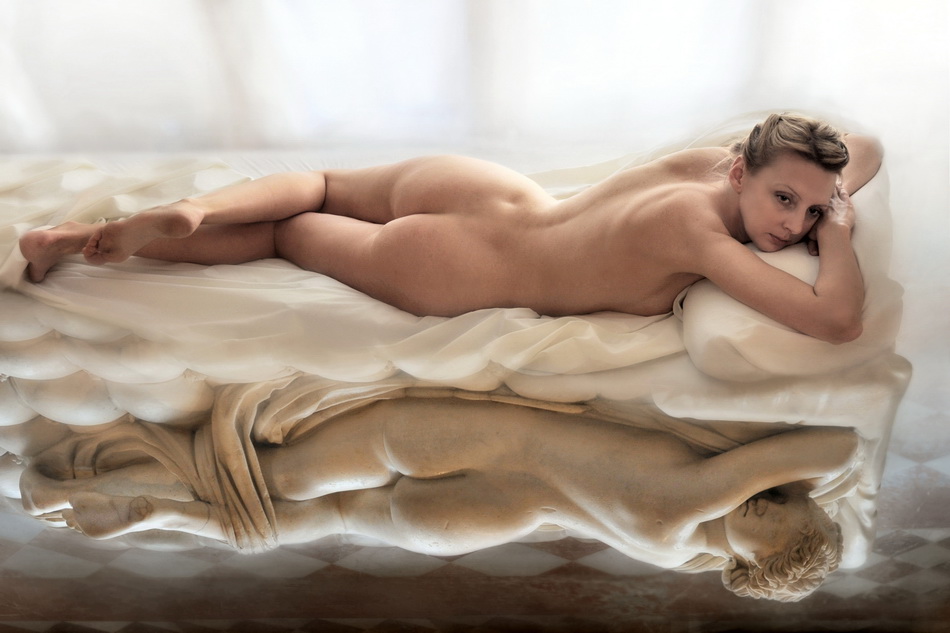 Hermaphroditos, son of Hermes and Aphrodite, had rejected the advances of the nymph Salmacis. Unable to resign herself to this rejection, Salmacis persuaded Zeus to merge their two bodies forever, hence the strange union producing one bisexual being with male organs and the voluptuous curves of a woman.